I seem to have been sick forever (my cold is now 2 and a half weeks old - surely they aren't supposed to last this long!?) Also my computer is sick. It keeps waking up in the night and getting distressed. Hopefully a trip to Glasgow's Apple store will make it all better. In the meantime no photos :(
If I'm going to Glasgow, it would be rude not to pop into Mandors and pick up some haberdashery goodness:
http://www.mandors.co.uk/
Posted by Farrago at 07:59 No comments:

It may not look like it (hangs head) but I have been taking photos! I've just been kind of too busy to do anything with them. So this is going to be a catch up post.
Knitting: 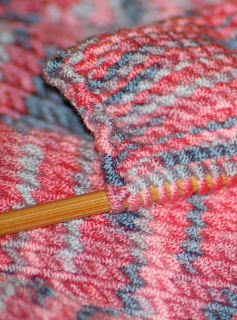 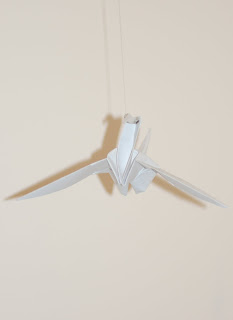 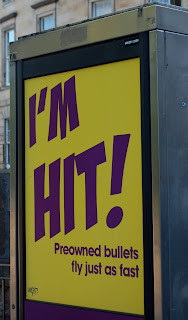 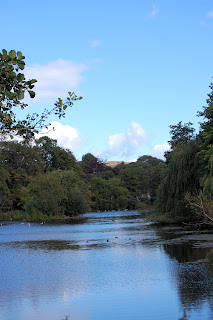 First ever home made jam (plum): 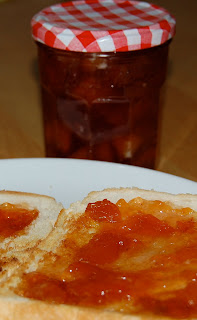 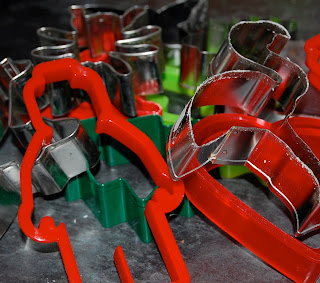 All day the weather has been very changeable. Alternating heavy rain with sunshine. Was out in the car in the evening but got back in time to run to the top of the block of flats and catch the last of the sunset.
Hot off the camera, no post production at all: 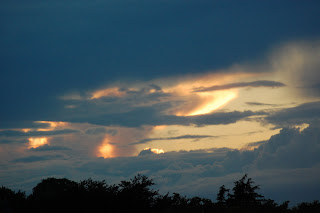 One of the things I like about Edinburgh is how random the buildings are. You can be walking down a street you think you know well when a small (or large) detail leaps out at you, that you've never noticed before. Today I was sitting outside the National Museum of Scotland and noticed the buildings opposite look like a set of steps for a giant. Not a great photo but I thought it was fun. I hope to explore a lot more of Edinburgh on foot before we leave. I feel there is a lot I haven't yet seen. 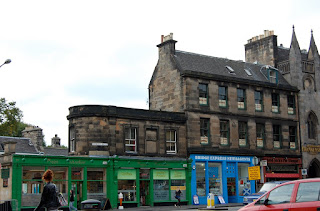 If you know of any interesting/exciting places, let me know! I've heard of secret public gardens you can reach from the Royal Mile but have been waiting for tourist season to die down before exploring.
Posted by Farrago at 22:28 No comments:

Edinburgh festival fireworks. Would have been much easier with a tripod but couldn't be bothered carrying one around town all day. We had a good view from Princes Street Gardens and it was actually nice and warm. A bit windy though which meant some of the fireworks drifted quite a lot. Still, very impressive! 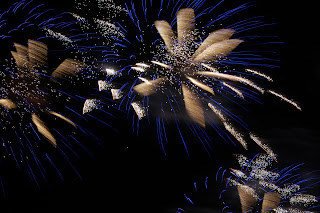 Lots of fireworks. We enjoyed the music too, especially one about Yul Brynner and Cossacks (Music from Taras Bulba I think). 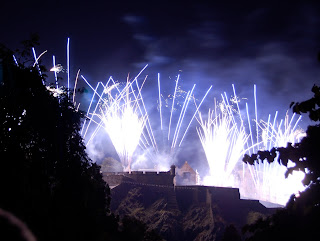 On Saturday we went to the beach! Yellowcraigs to be specific. It's a bit of a drive from Edinburgh but was your stereotypical beach. Nice sand, some interesting rock pools, sand dunes, sea at an ideal distance. We had a barbecue and watched people kayak out to Fidra Island opposite. 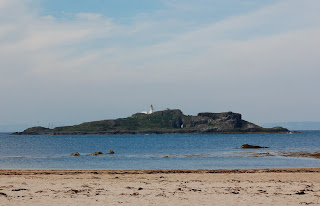 It was just breezy enough for kites so there were quite a few flying. Then this guy came along and put them all to shame. Huuuge kite! 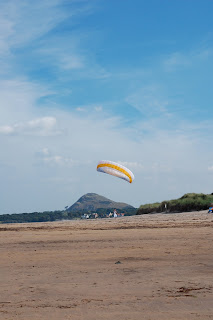 There was some seaweed near the rocks but it was nice and ornamental rather than being overwhelming smelly. 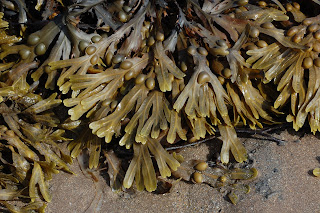 All in all a good day despite burning my finger. Who knew sand could get red hot!?
Posted by Farrago at 10:04 No comments:

Flower gate at the botanic gardens: 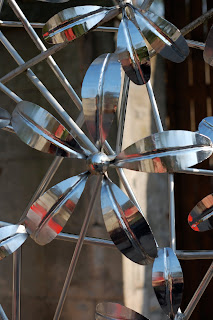 I like the reflections. 50mm total manual lens, I'm getting the hang of it now and am enjoying having to think rather than just point and shoot.
Posted by Farrago at 09:28 No comments:

Playing with a lovely full manual 50mm lens. I want one:) I do like a nice shallow depth of field.
T'other half has managed to win *another* Nokia competition. I think this is his 3rd all expenses paid Nokia trip but could be his 4th. I lose track. This time he's going to London for 3days to Nokiaworld. I don't think it involves any rollercoasters so I'm not too jealous.
He even gets a free t-shirt: 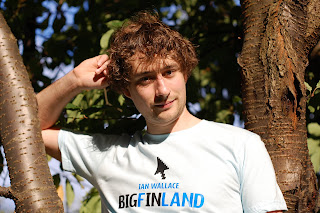 Well that's the plan anyway. Since my life is no longer utterly controlled by someone else's PhD (he handed in Friday and has his viva in a month) I thought I should do something fun! I want to do more photography but am not in the habit of taking my camera everywhere. I'm hoping by committing myself to a photo a day (initially for September but hopefully for a year) I will become more inspired.
Photo 1: 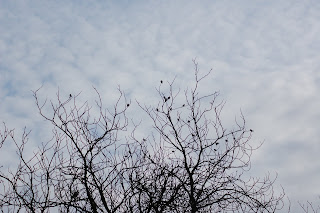 I walked to work today and thought the sky was beautiful. I always find this type of clouds reminds me of mackerel :) It looks like a spring sky but the trees have already lost their leaves. Only birds decorate them now.
Posted by Farrago at 18:15 No comments: